I have recently posted a first version for a FreeRds backend for weston, the reference compositor for wayland. In this post, I will talk about that new compositor, if you have already read my post on the FreeRdp compositor you won't be lost.

FreeRds is a work-in-progress project that aims to provide a RDP server using the FreeRDP library. Xrdp was based on rdesktop, you can see FreeRds like its successor but with FreeRDP as the foundation classes.

Here's the architecture of FreeRds with weston providing the content to display: 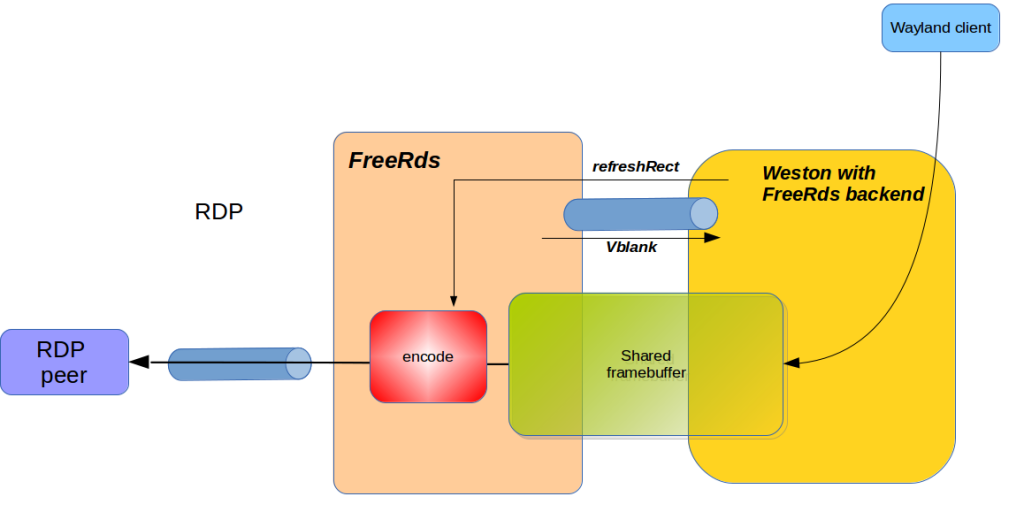 FreeRds and the weston backend communicate with a unix socket and a shared memory. The socket is used for commands and the shared memory for the shared framebuffer. FreeRds takes care of all RDP related stuff, and the job of weston is to create the content to display.

At initialization, FreeRds connects on the unix socket created by the FreeRds backend of weston. Follows a negotiation:

When a weston client have activity:

The proposed patch is a first shot but is fully functional, some improvements:

These links will help you to inquiry more on the subject: