Teasing title for a post on development methods or more specifically coding tools. But we'll see that the two are linked.

My story begins at the XDC 2014, a few places in front of me I could see a venerable developer who was live coding. He was working on Xorg, I could see him use vi or vim, do some changes, compile, run Xorg which was crashing or not, and loop this workflow. I have already worked in Xorg, so I was thinking myself "Wow he codes with vim".

With such a teaser, I can hear the geek, defending the holy Unix philosophy coming. So if you're in that case, please read the complete article before commenting "vim is by far the best tool to code".

I was talking of vim but the same apply for vi, ed, xemacs, gedit, kate. All these are only text editors:

As one of my university professor was saying (so twenty years from today) "nothing we weren't doing 20 years ago". And for sure an actual vim should run perfectly fine on a computosaure.

Then comes the IDEs, for Integrated Development Environment, now we have tools that are specifically designed for coding, not to edit a text file, but really to assist you during the coding process. Of course they can do the same kind of thing than text editors. Except the crazy vim replacements they are capable of the same tasks. Anyway who uses on the day to day (I mean more than once a day) the advanced replacements of vi ?

Unfortunately the IDEs have received a lot of marketing attention, sometime with the software editors pretending that the tool was coding in place of the software engineer. There's some bosses that have been stupid enough to believe it, and some developers that have been grown with IDEs and that can't do anything except what the IDE does. But if you go beyond the marketing polish you will see some real good tools(TM).

With an IDE, you have a tool that understand the code. When coding in C++ in the Eclipse CDT, the IDE understand the language structures, it can do coding assistance. The code indents correctly, you have completion, the IDE also notifies for common errors: forgotten break in switch statement, uninitialized class member in a constructor, or in a different order.

It's now that the UNIX geek tells you:

I read that the time to write the code is 20% while the maintenance and evolutions is 80%. So the refactoring is a critical item in the software's life.

What about refactoring when you use vim. How do I rename a size field of a struct to length ? Usually you will grep for size, but as it's quite a common name for parameters and variables you will have a lot of false positives. So you will have a error prone renaming, everything will rely on the human to perform this big change. Not even talking of motivation after performing that awkward task.

The consequence is that the renaming won't be done, or that a developer will loose his time doing it. With an IDE that understand code structures, renaming is a common operation and of course it's the IDE that does all the job.

Sometime I have impress some coders: I had just checkout from git their beloved project, the code they knew by heart, and I was talking of the code as if I knew it very well. Of course there's my experience (my secret: all programs are done the same way), but the magic is somewhere else.

When you're exploring the code using vim, getting familiar with the project is done by reading a lot of code. Then when you have accumulated some knowledge you will be more agile with the program and you will be able to start working on it.

An IDE will help you with this task, two tools help a lot: the call hierarchy and the reference tool.

With call hierarchy, you can see where a function is called, how the callers prepare the arguments... With vim you will need to grep, open the file and go to the right line. A lot of steps that lead to the fact that you will not remember what you were searching for.

The reference tracker allows to know where a variable or a struct field is used. Typical example: a field is read in the application's configuration file, you look which part of the code writes in that field and you will quickly find the parsing code. Looking where a function is called or how is used a variables often let you know what's its exact role.

These tools also allow you to estimate the size and risk of a refactoring. A function used in many places could be more risky to change. The IDE doesn't remove the need to know your codebase but really helps a lot.

In fact the use of vim or eclipse on a project has more consequences than it seems.

Often in a project some coding rules are set up, this is code style and good practices rules. It's a lot a matter of affinities in the choice of these rules, and trying to argument on these quickly looks like entering a bar and claiming "my football team is the best, try to prove me wrong". Anyway, often the chosen rules denotes the tool that is used to work on the code, even if it has been forgotten.

For example, that kind of code style:

We can see that probably it's with a text editor that can't highlight code blocks, so we artificially align curly braces to visually have that information.

To quickly identify the function's return type, a line is "lost" to hold it on a separate line.

The curly braces are forced for single line statements, to prevent the following error:

But in fact with any IDE:

At the end, we could have that kind of code style:

There's also the strict limitations on the number of characters per line, in Wayland, for example it's 80. This can lead to some ridiculous things, especially when any terminal can print at least twice more on any screen:

And all this for the comfort of the vim users that edit code in a 80 columns terminal !

So we can see that the editing tools influences the style of the code. It's even quite usual that some coding style that are vim adapted, are adopted by coders that code under Eclipse. It's done this way because other projects do it that way, or because someone read that it was cool to do this way (looks professional ;) ).

Not even talking of Microsoft coding conventions from another age, where the name of the variable contains an indication on its type: it makes ugly variable names and one can question the utility of this. Anyway you will still find preachers for these.

Give a try to the power of the dark side 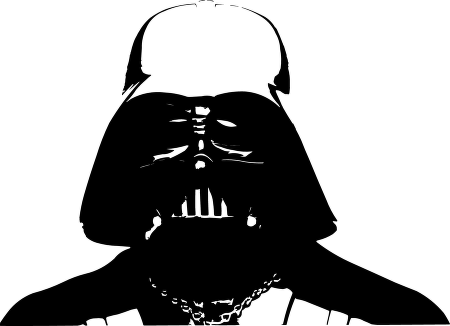 Of course the point of this post is not to deny vim and the others. Most of the big opensource softwares have been coded with vim and myself I'm using it from time to time. Anyway, I think that coders that only use vim should give a try to an IDE for 2 weeks, just the time to be comfortable with it and to test the power that you get with such a tool. Eclipse, for an experimented C/C++ coder, quickly becomes a war weapon, you are really more effective with an IDE. When you have tested the power of an IDE, it's really hard to do the way back with vim.

Last time note: I have just tested the linux version of MS VisualStudio. Unfortunately you have to read the help to find out the keyboard shortcuts for the IDE oriented features: references, renaming, ... I haven't done some extensive tests but it looks far from Eclipse, at least the IDE functions aren't pushed on the front.