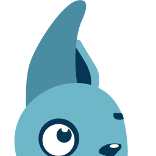 These days, I have been working on having writes being non-blocking in FreeRdp. That makes me walk through most of the low level component of FreeRdp, so let me share things I have collected during this code walk.

The actual code is non-blocking for read: it handles a EAGAIN or EWOULDBLOCK for a read() call. But for write calls, it will actively wait until all data have been sent. For the FreeRDP client you almost never hit the case where write calls gets blocked, because most of the traffic is from the server to the client (sending screen updates). You can hit it anyway when using the channels: Disk Redirection (pushing a file to the server) or audio in (microphone exported to the server).

But when you're in FreeRDS acting as a RDP server, blocking writes is very common. Just try to see a fullscreen video through a slow WIFI connection.

In FreeRDP, most of the write calls don't care if the bytes have been really sent and are currently traveling on the network. All the code suppose that we have the pseudo blocking mode. When we set write non blocking, we have to deal with the parts of FreeRDP code that rely on the fact that packets have been effectively sent. For most of them they are related to negotiation, with pieces of code that send a request and actively wait for an answer.

My changes introduce a buffered BIO to bufferize writes. When a write call can't be honored because of a congested output buffer, this BIO will store the pending byte and will remember that write has blocked. But the BIO's answer will be "everything is fine, I wrote all your bytes". This way, the callers that don't care about bytes being effectively sent don't get troubled. On the other side, the callers that care can flush themselves the output buffer. It allows too to watch for write availability: this feature is used in FreeRDS.

The old code base was handling the misc kind of security in different ways: RDP, TLS / NLA and TSG had their own code. My idea has been to build an OpenSSL BIO chain and have a single front BIO that would be used to read from and to write into. So once the BIO chain is created and initialized the callers don't know how packets are handled at the low level.

After my changes the chain looks like that for a RDP security connection:

For a TLS or NLA connection it's much the same, expect that we have prepend a SSL BIO:

It looks simple, the final code is really trivial. But it was a long job to have it work that way.

Note: the standard behavior for openSSL to read SSL records is to read 4 bytes and then to read the number of bytes corresponding to the size of record (maximum 4k). I have activated the readahead option that makes OpenSSL ask to read 0xffff bytes and deal with records it can find in the retrieved buffer. This way we save many read() system calls.

RDP and TLS/NLA were done, I had to deal with TSG (Terminal Services Gateway). I had a very general idea of TSG, and going in the details, there have been many surprises.

From my point of view TSG has been done with in mind to reuse as much components as possible. It doesn't look like a clean RDP gateway protocol. It is a complicated and truly inefficient protocol.

For the juicy details of the protocol you can watch FreeRDP source code, it has nice ASCII art diagrams.

After the changes, the BIO chains for TLS security over TSG look like this:

The final version would probably need some polishing, but the essential is there.

I didn't talk about it, but on the TSG I really think the thread handling RPC could be dropped: a future work. I have done enough TSG these days.